Ratos associated company Aibel has been awarded a major* contract by the SSE Renewables and Equinor consortium, who are developing the world's largest offshore wind farm in the Dogger Bank area in the UK part of the North Sea.


Aibel will deliver two converter platforms for HVDC** (high voltage direct current) for the Creyke Beck A and Creyke Beck B projects. In addition, Aibel has an option for a third platform (the Teesside A project) at the same wind farm.

“This is an important strategic milestone for Aibel. With this award, we confirm our position as a preferred supplier in the European offshore wind segment and strengthen our position in the ongoing energy industry transformation,” says Aibel’s President and CEO, Mads Andersen.

"It is gratifying to note how well Aibel has succeeded in positioning itself as a preferred supplier in offshore wind and gradually has increased its exposure to renewable energy," says Ratos President and CEO Jonas Wiström.

The three projects will have a combined capacity of up to 3.6 GW, making Dogger Bank the largest wind farm in the world, and are expected to produce enough energy to power the equivalent of 4.5 million UK homes.

Boom in offshore wind
In May 2019, Aibel was awarded a similar contract for the offshore wind project DolWin5 from the German grid operator TenneT. Projects within renewable energy are becoming an increasingly larger part of Aibel’s project portfolio.

*Aibel uses the term "major" on contracts where the value is over NOK 2.5 billion.
** HVDC (high-voltage direct current) is a highly efficient alternative for transmitting large amounts of electricity over long distances 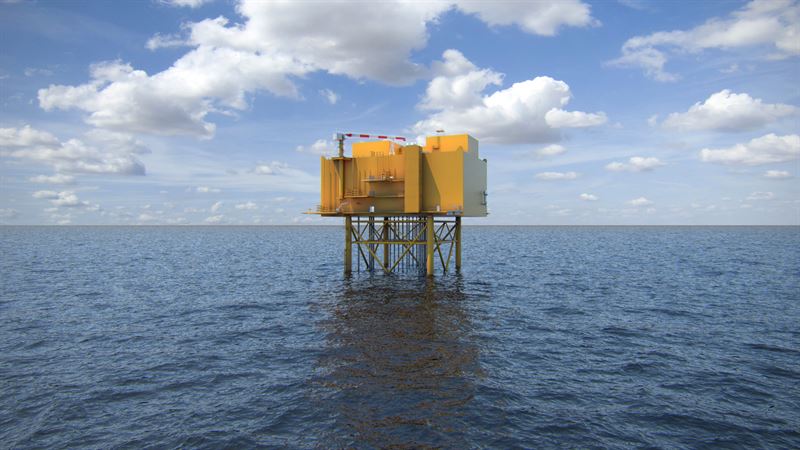 About Ratos:
Ratos is an investment company that develops unlisted medium-sized companies based in the Nordic region. As an active owner, the goal is to contribute to long-term, sustainable development of the companies. Ratos is listed and invests capital from its own balance sheet and thus has a flexible ownership horizon. Ratos's 12 companies are divided into three business areas; Construction & Services, Consumer & Technology and Industry. In total, the companies employ approximately 12,300 employees.